When Corinna first ran for office in 2010 it was because she was staunchly opposed to the wasting of $330 million dollars of taxpayer money received as federal gas tax funding on a toxic trash incinerator.
Six members of the Council campaigned on a platform opposing the trash incinerator during the 2010 election and after the election, only two of Councillors remained true to their positions The incinerator was built when the rest of the politicians changed their votes. Corinna was not one of them and she continues to fight to protect Clarington air, water and soil.

Throughout her three terms as Councillor, Corinna has remained vigilant when it comes to the EFW and lobbied for more stringent emissions testing (such as the AMESA filters) and also to ensure workers were safe on the job when the union-signatory contractor, AECON was fired after the contract was awarded. She advocated for the EFW to be built using local steel, rather than what the operator did, which was use imported steel from China.

She also supported residents when they overwhelmingly said NO to another expensive project with dubious value to the community, a proposed Anaerobic Digestion Facility. The price tag for this project was approximately $150 million but was, reportedly, quoted even higher at Regional Council.

Bowmanville should not be Durham’s dumping ground. Corinna has a strong record of advocating for the environment and by extension, protecting the health and safety of residents.

Ask yourself when choosing a candidate: what has this candidate actually done to protect and promote your interests? What has he or she done to protect the environment? Lip service is one thing, the proof is in the pudding.

Corinna’s environmental sucesses:
– She was a steadfast supporter of the Enniskillen Environmental Alliance and she supported a motion on September 23, 2019 to eliminate all single use plastics in municipal facilities and buildings.

– She supported the creation of the Clarington Climate Action Working Group and the Clarington Corporate Climate Action Plan (CCCAP) to prepare for climate change and reduce the negative impact Municipal service delivery may have on the environment. The CCCAP outlines over one hundred actions the Municipality can take to respond to climate change while adapting services and operations to minimize climate risks. It also sets targets to reduce corporate greenhouse gas (GHG) emissions.

– If re-elected, she plans to move forward with turning the former Zoo site (nearly 34 acres) into public parkland, with soccer fields and other passive recreation, possibly including an outdoor gym and an ice skating trail.

– She signed the Climate Action Pledge and recognizes the urgent risks posed by the environmental crisis which threaten our way of life and endorse the evidence-based solutions described, making them key municipal policy priorities for Ontario. As your Councilor, we have already completed several components of the pledge (implement a Municipal climate action plan and electric vehicle charging infrastructure) and she is committed to the other aspects of the pledge, including: preventing sprawl through sustainable planning that promotes densification, healthy active transportation and walkable, cycling-friendly communities and expanding public transit and accessibility for all by offering free or reduced fares for those who need it.

– Most recently, in July 2022, she supported the expansion of Clarington’s “green fleet” when Clarington added seven new EVs and eight charging points. The purchase was a key step outlined in Clarington’s Five-Year Electric Vehicle Action Plan (EVAP). The Plan sets out the future transition of the municipal fleet to zero-emissions electric vehicles and calls for the replacement of Clarington’s light-duty fleet vehicles by 2026, as existing fleet vehicles reach the end of their service life.

The EVAP will guide the expansion of the EV charging network to include 60 charging points across the Municipality by the end of 2026 to support the municipal fleet and public vehicles.

The new vehicles were funded from building permit fees and will save the municipality money in both fuel and maintenance costs. 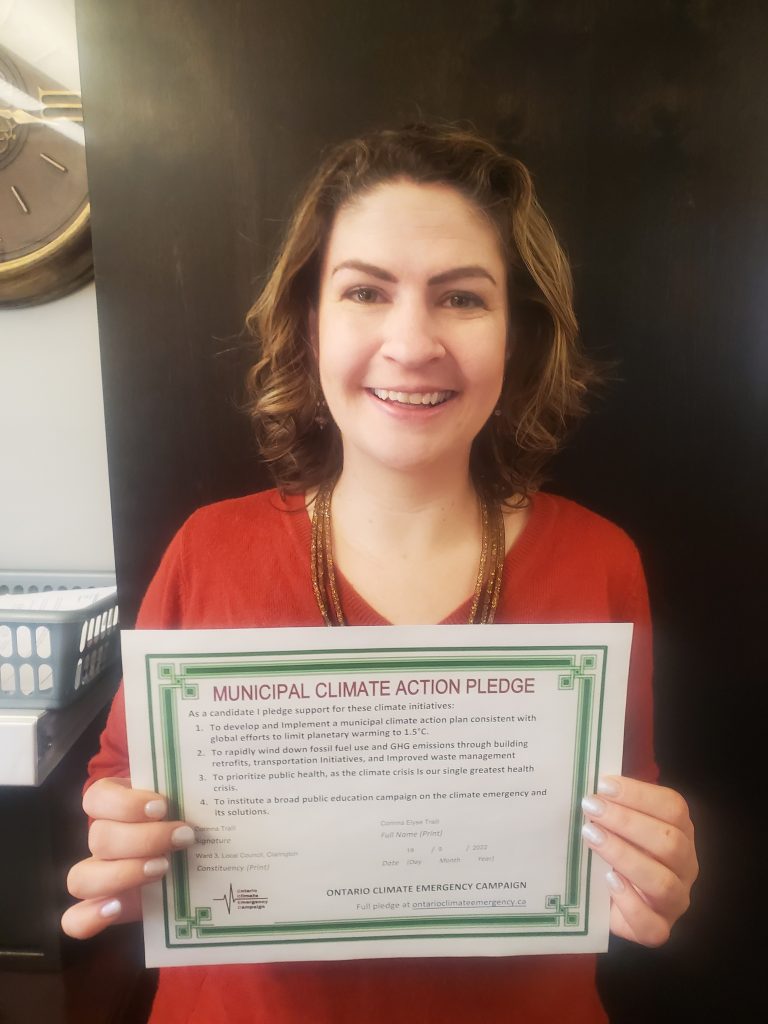 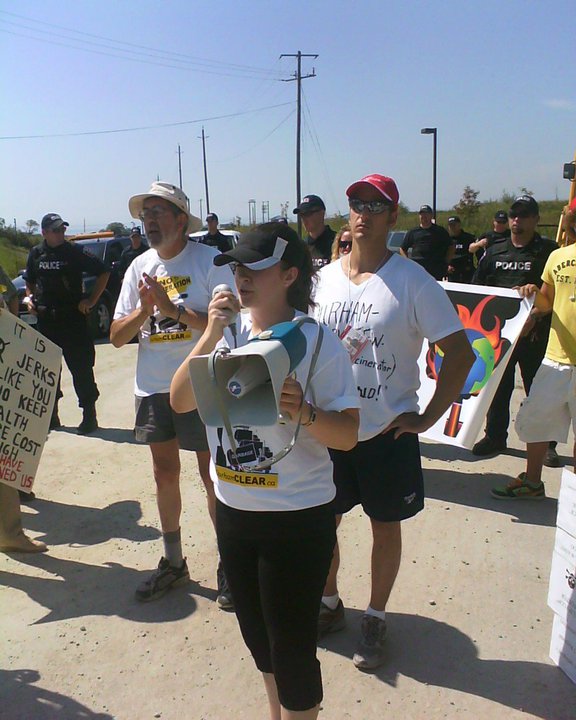